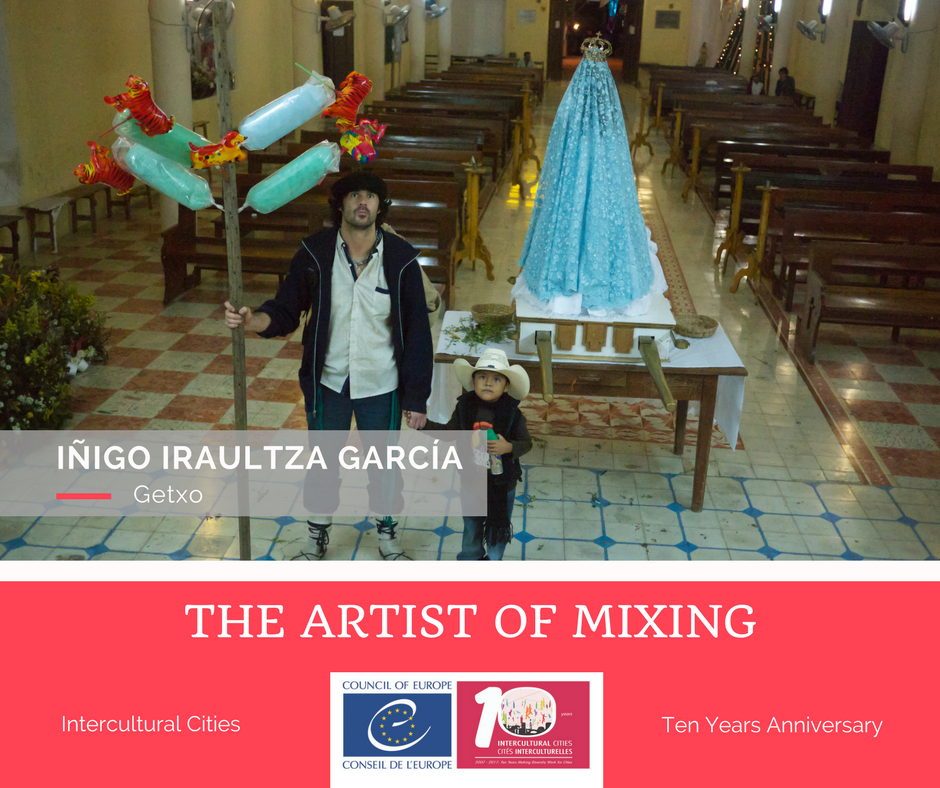 Intercultural Cities / Cités interculturelles
#ArtOfMixing Iñigo Iraultza García – Iru – started a trip around the world inspired by a Basque traditional character, called Olentzero, a mythological coal miner that used to bring the gifts on Christmas day in the homes of the geographical and cultural area called Euskal Herria. Olentzero is someone who is sensitive to social and cultural issues of his time and to a diverse and changing reality. His project, «Olentzero Munduan – Arraun the World», got inspired by an unexpected encounter in a neighborhood of Bilbao while he was working with children. One Christmas, they expressed desires and gifts that they wanted to receive. His surprise came when one of them asked that the gifts had a different destiny: he wanted them to reach their brothers in Senegal. While giving him some photos and a very special letter, Iru saw in his eyes a long journey full of dangers and uncertainties that had led him to separate from his people. The boy told him that he would find his brothers in a village called Thies, three blocks from the Moustafa bakery. Thus, Iru, as an Olenzero, begun his travel around the world to bring gifts and memories to people that had to abandon their families. Iñigo Iraultza García works in different artistic fields, always been involved in social projects with a special focus on theater and visual arts.